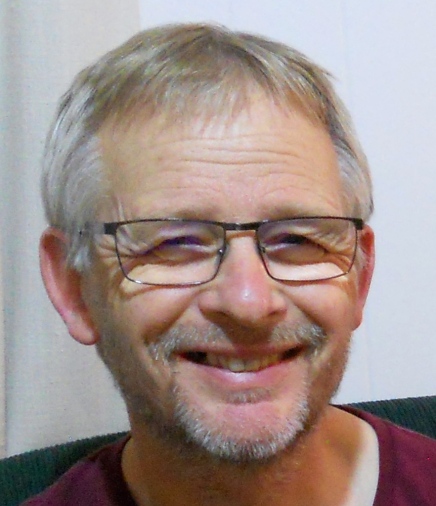 And my best friend’s 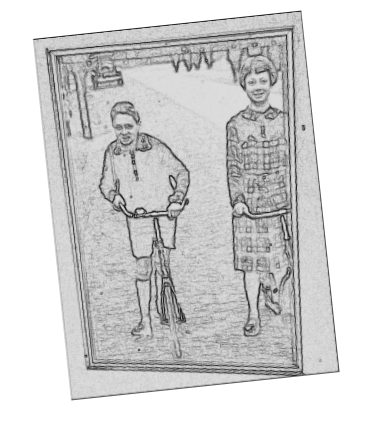 To show the class

That it was true.

That kids had scooters,

from The night the moon fell down and other poems (Copy Press, 2019)

Bill Nagelkerke has a book of poems for children out – so Lily and Rose agreed to interview him.

You can find my review of the book here. 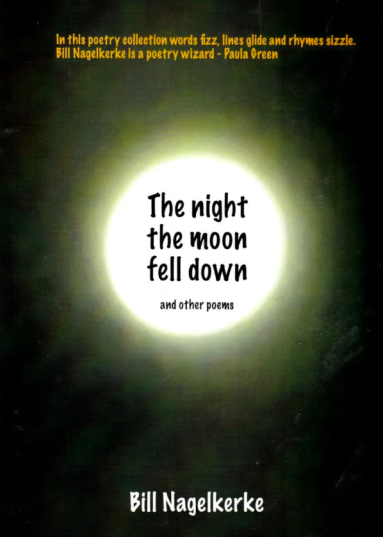 Did you always like writing at school or did you only start liking writing when you were an adult?

I started off by enjoying stories that were read to me and then stories I was able to read by myself – as well as stories I watched on TV. That led to me wanting to write my own stories, which I did when was about your age. I made them into little books, which I still have!. The first story I had published – and was paid for! – was when I was at high school. It appeared in a local paper.

I like all kinds of writing but I think poetry can sometimes be the most difficult, because usually you don’t have very many words to work with and they have to be just the right ones.
If you were an animal, what animal would you be and why?

An elephant, perhaps. They have good memories and are thought to be very wise. They still get a very tough time though.

What are your 5 favourite books you’ve written and why?

My favourite book will always be the next one because I always hope it will be better than the last. But I do like the two short books I’ve written about Emily, a nine year old who loves to write. (Emily’s Penny Dreadful and Emily, the Dreadfuls and the Dead Skin Gang), as well as the stories about two brothers, Patrick and Pete, which you can find in a collection of stories called Egghead, and other surprises. A story called Old bones is also special because it’s set in a place where I used to live. A new book is due out next year, called The ghosts on the hill and its one I really enjoyed writing because it takes place in one of my favourite locations. (See question 6)

That’s tough question . . . I like the poems that you’ve both picked and the reasons you’ve picked them. I’m also quite fond of the one called ‘Way back then’ – about the fact that children already had scooters nearly 100 years ago – because it was inspired by an old family photo. It’s so hard to choose, though. One day’s favourite might have to change places with another day’s favourite!

Have you visited any other countries? If yes, do you have a favourite place (in NZ or overseas)?

I’ve been to a few other places. I have lots and lots of cousins in the Netherlands, as well. One of my favourite places, though, has always been the Port Hills of Christchurch. (See Question 4)

What is your favourite colour and why?

Yellow. I don’t really know why. Perhaps because it’s such a cheerful colour.

What are you curious about?

Everything. There’s so much to be curious about!

Do you have any pets?

What is your favourite thing in the world?

Have your friends ever told you that they don’t like your writing? If yes, what did you do about this?

No, I don’t think they have. In fact, I’m probably my own worst critic. 🙂

A former children’s librarian, Bill Nagelkerke has written short stories, poems, plays and books for all ages, as well as translating other people’s books from Dutch into English. In 2013 he was awarded the Storylines Margaret Mahy Medal for a distinguished contribution to New Zealand children’s literature and literacy.

Lily is 8 years old and has a twin sister called Rose. She is an animal lover and especially loves crocodiles. Her favourite kind of books to read are chapter books. She is a keen writer, and co-wrote wrote her own chapter book this year with her mum about a heroic Crocodile called “Agent C” who tries to solve problems in his community. Lily’s favourite subject at school is art. In her spare time she likes doing Gymnastics and is working on a dance called “Masterpiece”. Lily was once in a Lifeline TV commercial to raise money for this charity and thinks the most important thing in life is love. Her favourite food is doughnuts.

Rose is 8 years old too and….surprise! She has a twin sister called Lily. Rose’s favourite celebrity is Steve Irwin and she loves all animals, especially otters. Her favourite things to do at school are learning maths and class bike riding sessions. Rose’s favourite foods are carrots and raspberries. In her spare time, Rose takes drama classes and is starting as a chip eater in an end-of-year Harry Potter themed production. Rose likes to read books about brave and courageous NZ leaders and adventures (the Oh Boy and Go Girl series). She thinks the most important thing in life is to be a problem solver.