We are a class of Year 2 and 3 students at Royal Oak Primary School in Auckland. We are really close to One Tree Hill and lots of us have been going there to look at the lambs recently.

This term we have been getting stuck into art in a big way. We went dotty painting an aboriginal pattern on our fence post and we have loved getting messy with clay. Despite all the mess, we have made some beautiful fluttering butterflies for our school art exhibition. We have used clay and other found pieces to make some cool letters for the art auction. Someone in the class had the bright idea for us to write Goodnight Sweet Dreams.

We are great at writing and this term have been trying to use onomatopoeia, alliteration, simile and metaphor in our recounts and poems. Sometimes it’s tricky but we give it a good go. Our metaphors about rainbows were spectacular and made Mrs Boyd and Mrs Gibson really proud.

Lots of us are Jump Jam leaders and were videoed doing our routines for a competition. Guess what? We got through to the finals and have to go to Tauranga for a big competition against other schools.

What a busy bunch of children we are! 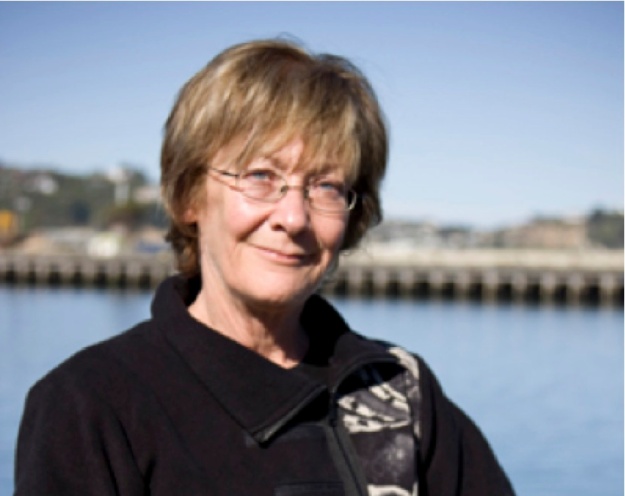 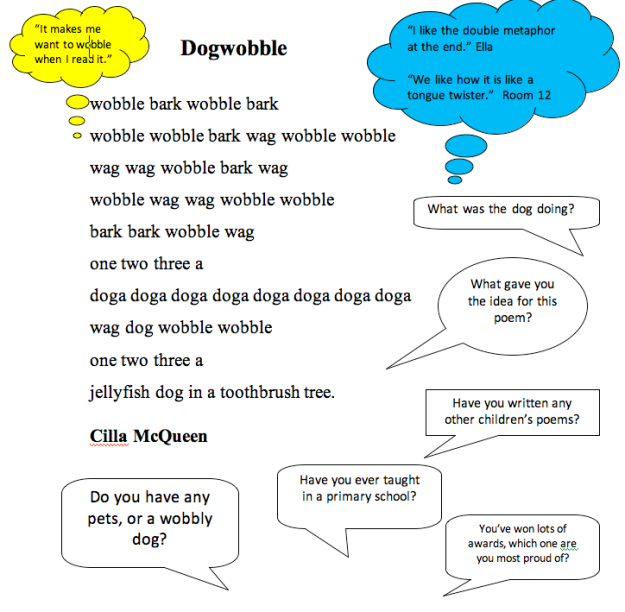 ‘it makes me want to wobble when I read it’

Me too. It’s got rhythm.

It’s quite fun when a lot of people say it all together, with somebody conducting, to keep the beat.

Then they can see how fast they can say it, keeping in unison, ending up in a heap.

what was the dog doing?

Waiting for a boy to come out of a shop. Whenever somebody came out, the dog leapt up expectantly, then sat down again in disappointment. At last the boy came out and the dog nearly wagged himself to pieces.

what gave you the idea for this poem?

I was sitting in the car waiting for somebody, watching the little dog waiting too. I just grabbed a piece of paper and jotted it down, in the rhythm of the dog’s wagging and joyful barking.

Have you written any other children’s poems?

Not really, but children like my poems. I’ve written quite a few poems about cats.

Have you ever taught in a primary school?

Do you have any pets, or a wobbly dog?

We have a long-haired tabby cat who has adopted us.

You’ve won lots of awards, which one are you most proud of?

They all mean a lot to me, but I was very honoured to be awarded the Poet Laureateship.

All the best from

What a great interview Cilla and Room 24. I love the way you presented the questions. It really is a fun poem to say out loud. I will be dong so when I visit schools.