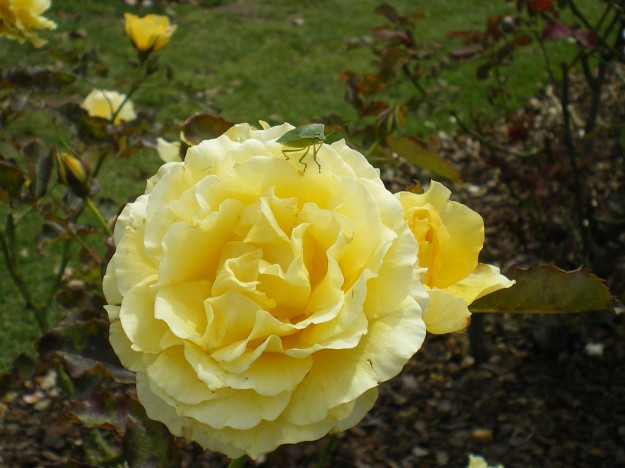 Claire Gummer lives in Auckland with her partner, some chickens and a small dog. She has worked on newspapers, for publishing houses, in a bookshop and in libraries. She enjoys words, west coast beaches, bush, the back yard and blogging.

How do you get your ideas?

I go for a walk and I look very hard all around me, especially at the small things.

Where do you do your work? Do you write at a desk?

I like to think I can work anywhere, and take my work with me. Sometimes I run away to a library where I know nobody. But more often I am at home in my very messy room, sitting at my desk where I can look out the window.

What was your favourite hobby when you were a child?

Having adventures on the beach and in the bush. Being an explorer.

I had favourite books of poems. One of them was ‘Oh, What Nonsense!’ It had a bright orange cover, very shiny, and the poem I most remember from it was about an old lady who tidied the beach: she swept it with a broom. Another favourite book was The Golden Treasury of Poetry, a bit like the new Treasury of NZ Poems for Children only less colourful. Plus it had no New Zealand poems in it!

My favourite poem now – well, I’ve found several new favourites in the Treasury of NZ Poems for Children. ‘The Sapling Tree’ by Richard Langston is one I really like: it’s long and thin just like a new young tree. And all of Sue Wootton’s poems that are in the book, especially ‘The Second-hand Tent’. Most of hers were published first in The School Journal, which is a more wonderful magazine than I ever realised.

How long does it take to turn a story into a published book?

I haven’t written a whole book, but I know a bit about getting one published because I’ve been an editor and a bookseller. It can take months or years. People think it’s all finished once the story is written, but then there is a lot of care and attention from a whole team of people, so that the story or the collection of poems looks the best it can and has as many readers as possible. Sometimes the people working on the book have arguments about it! But usually they get there in the end.

If you could do anything in the world, what would it be?

I would live in a lighthouse. Ever since I was little I’ve wanted to live in the old Bean Rock Lighthouse, which is way out at sea in the Waitemata Harbour of Auckland. It still warns ships about the reef that it stands on, though nobody has lived there for ages: the light comes on automatically these days. But I like to think of living up there above the wild waves, with the smell of the sea. I’d take a boat to town to get what I needed now and then.

I would be an elephant. Partly because it would be very useful to have a trunk, but also because all that elephant poo must be really good for the garden. And it’s hard to argue with an elephant.

What a wonderful interview Claire and Daniel. I really loved reading this. You might be interested to know Claire helped edit A Treasury of NZ Poems for Children and she has two poems in the book that are rather lovely.